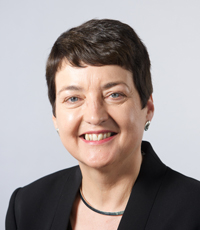 Valerie Shawcross became deputy mayor for transport in May 2016.

Prior to her appointment, Valerie was London Assembly Member for Lambeth & Southwark a position she was first elected to in 2000.

Valerie was chair and leader of the London and Emergency Planning Authority, which runs The London Fire Brigade between 200-2008 and chaired (and deputy chaired) The London Assembly Transport Committee from 2008 – 2016.

Before being elected to the London Assembly, Val was a councillor in the London Borough of Croydon, having been elected in 1994 and becoming Council Leader in 1997.

Prior to her involvement as an elected representative, Val has worked for UK Council for Overseas Student Affairs, World University Service UK, The Labour Party, in further and higher education at ILEA, was a development project manager for the Commonwealth Secretariat and headed up the Public Affairs work at the National Federation of Women’s Institutes.

She was awarded a CBE for services to local government in 2002.