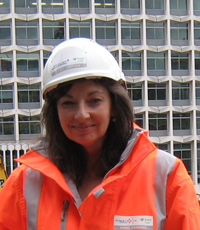 Vicky Wallas has been the Noise and Licensing Enforcement Manager at the London Borough of Camden since October 2011, and an early member of the the London Retiming Deliveries Consortium following involvement with deliveries to the borough during the 2012 Olympics. Prior to that she worked across a range of Environmental Health functions with Camden, and also Harrow, Northampton and Newbury.