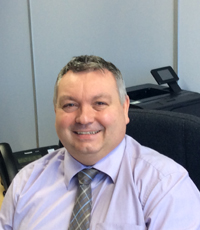 Paul has a wealth of experience within transport having worked his way up from an HGV driver to his present position as general manager responsible for a combined fleet of 330 trucks and an annual budget of £40m. Working for the company since 2004, Paul has witnessed Maritime’s emergence as a market leader and has helped the business report growth of more than 1,200% during that time. More recently Paul has been heavily involved in Maritime’s diversification into distribution, rail and container storage operations across the North. Having spent a lifetime in the industry and in the North, Paul is delighted with the opportunity to take part in the Freight in the City debate speaking about issues holding the industry back.